Matthew Carbone & Son Nick visited Hunting Legends on the Valley of the Kings for their first African hunt.

The guys had an awesome time and after shooting their first animals on our Zeerust ranch they moved on to our Thabazimbi ranch where they finished their hunting expedition.

They will be back for more they said and for first timers, they really made a good impression on us. They were eager to learn, shot with absolute accuracy and got exactly what they wanted. 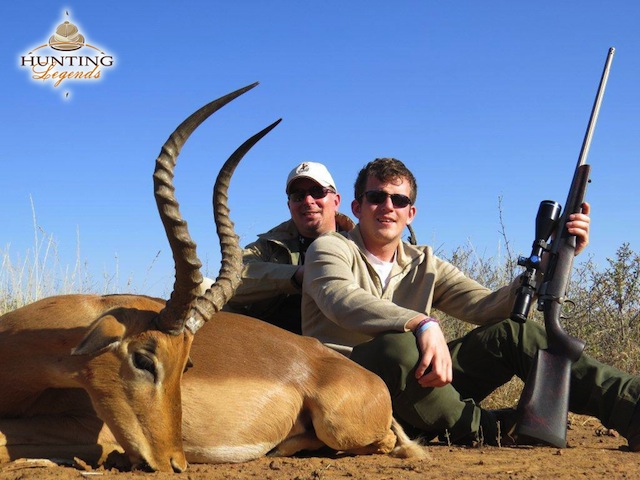 Matt Carbone with his first Impala in Africa

Matt Carbone with his first Zebra in Africa.