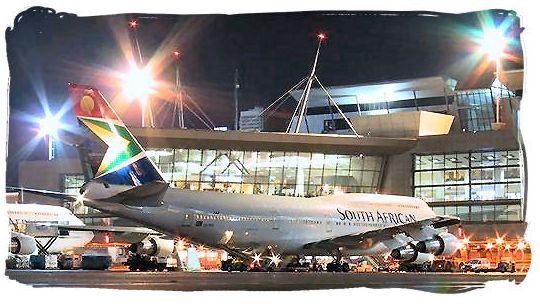 Ever since the implementation of the new Firearms Act on 1 July 2004, professional hunters and outfitters have been complaining bitterly about the services rendered by the police at Johannesburg International Airport. Delays varying between one to five hours reputedly occur on a regular basis. Many foreign hunters from America and Europe have indicated that they will not visit South Africa again because of these delays with firearm documentation at Johannesburg International Airport.

The South African Police Service has therefore launched a new incentive at Johannesburg International to ensure from their side that South Africa retains its position as a prime hunting destination. Working very closely with Commissioner Mawela, Superintendent Malepa, as the commander of the firearm office of this Airport, has managed to secure a new area in the main building and specifically in the terminal 1 designated area.

The hunter on the other hand will first go through emigration, then collect his/her luggage, proceed through customs and then move on to terminal 1 and the firearm office. There the hunter will be issued with his/her firearms after a check to ensure that the serial numbers and make correlate with the personal data of the hunter. The final step is the issuing of the SAP 525 or temporary import permit.

Documents required from the hunter are: copies of his/her passport, the air ticket issued by the airline as well as any document which verifies the firearms as being the property of the hunter from his/her country of origin. The letter of invitation from the outfitter to the client prior to the hunt is also essential.

As a token of their support for the new incentive from the South African Police Service, African Outfitter has donated couches, a coffee machine as well as a DVD player and TV for this area. The sole purpose of this donation is to make the foreign hunter feel at home right at the airport.

Outfitters and professional hunters are invited to supply African Outfitter with photos and videos of hunts to enable them to compile a promotional DVD on South Africa as a hunting destination. This DVD will be played 24/7 in this new comfortable reception area.

In fact, Superintendent Malepa vowed that no foreign hunters would ever be delayed again, which in the past has resulted in hunters missing a connecting flight.

Please leave us your comments, by clicking on the comment button below.

God bless you and your family, and we hope to host you in Africa soon!