The future of hunting

Hunting Legends will continue to acknowledge the sentiments of non-hunters opposed to hunting, however, we cannot simply ignore the facts and the overall good hunting has done for conservation at large. If people and companies alike are willing to face the facts, then you may have no choice, but to acknowledge and recognize just how important a role hunting has and continues to play in our future.

However, we certainly do have issues to deal with in the hunting industry per-say and we have realized just how important public perceptions may be. What people perceive – they believe!

In the meantime, just take a look at the following statistical facts. 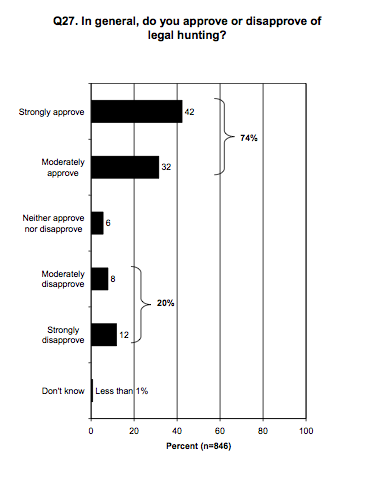 [/cc_half_col_left] [cc_half_col_right]An overwhelming majority of Americans support hunting and shooting, and support (but not participation) has been increasing during the past decade. Overall, 78% approve of hunting, and 16% oppose (RM 2006a). Meanwhile, 79% approve of legal shooting, and only 13% disapprove (RM 2006b). Additionally, the American public thinks that it is important that state fish and wildlife agencies provide opportunities for recreational hunting and shooting. 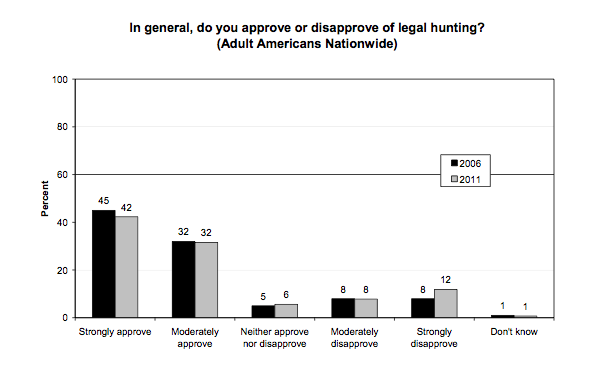 In addition to species protection, sportsmen are integral to habitat conservation. Wildlife management efforts and advocacy, funded and fueled by sportsmen, have conserved millions of acres of land, thereby providing vital habitat for both game and nongame wildlife.

For instance, sales of Federal Duck Stamps, most typically purchased by sportsmen, have provided revenue for the purchase or lease of over 5.2 million acres of waterfowl habitat in the U.S. (USFWS 2007a). Much of these lands are now protected in the U.S. Fish and Wildlife Service’s National Wildlife Refuge System.

Also, SCI has funded and managed many programs dedicated to wildlife conservation, such as work with private landowners in Alaska to provide enough suitable grazing habitat for moose to ensure the viability of the moose population.

Hunting has had major economic impacts on the U. S. economy, as well. The National Survey of Fishing, Hunting and Wildlife- Associated Recreation indicates that hunters spend at least $22.7 billion on hunting each year (USFWS/US Census 2007). It is estimated that hunters support 593,000 jobs (Southwick Associates 2007). Annually, expenditures related to hunting produce $5.0 billion in Federal tax revenue and $4.2 billion in state and local tax revenue (Southwick Associates 2007).

Very few Americans are actively anti-hunting or hold an animal rights philosophy, as most of them hold a middle- ground viewpoint regarding the use and welfare of animals.

The Future of Hunting and the Shooting Sports 185

This study found that 18% of Americans agree that animals have rights like humans and should not be used in any way and, on the other side, 30% agree that animals are here for human use and can be utilized regardless of the animal’s welfare or rights. Both of these have much lower levels of agreement among Americans than does the middle ground—that animals can be used by humans as long as the animal does not experience undue pain and suffering (85% agree with this) (RM 2006b).

Another study suggests that only 3% of Americans actually live by an animal rights philosophy, meaning that they do not eat animal products and as consumers they purchase no animal products at all—including clothing (RM 1996). 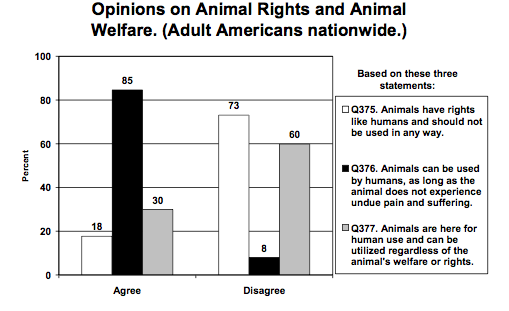 This support of animal welfare colors Americans’ opinions on hunting, where issues related to humaneness and fair chase are important.

Of course, that small percentage of Americans with an animal rights viewpoint will not support hunting.

(The following extract is all part of research done for the Hunting Industry and commissioned by the NSSF: http://www.responsivemanagement.com/huntingreports.php )

COMMUNICATING TO THE PUBLIC ABOUT HUNTING AND SHOOTING

GENERAL STRATEGIES ABOUT COMMUNICATING TO THE PUBLIC

Discussing hunting and shooting can be emotionally charged; some communication strategies are useful in these discussions.

There is a difference between acceptance of hunting and shooting and actual participation in them. The strategies in this section for the most part address the former, not the latter.

There may be a tendency to think that hunting is not widely accepted among the general public; those who oppose or disapprove of hunting may be quite vocal.

The terms “hunting” and “legal hunting” have an important difference. The latter term is much more acceptable than the former to non-hunters, as the former term can include (particularly in some non-hunters’ minds) illegal hunting.

Hunting has many ecological benefits.

Hunting does not endanger wildlife.

Hunting for the meat is highly accepted.

Hunting for deer, wild turkey, or waterfowl is more acceptable among the general population than is hunting for predators or species perceived as exotic or less common.

Approval or support of hunting is affected by discussion of specific hunting techniques.

Some anti-hunters have tried to establish a connection between hunting and anti-social and deviant behavior, but no research has shown that hunters are more likely to commit violent crimes or display aggression than are non-hunters.

Some messages pertaining to shooting resonated better than others among the general public.

Public acceptance of rifles and shotguns is greater than acceptance of handguns, the latter having some negative connotations for some individuals in American society.

A HUNTING AND SHOOTING CULTURE AMONG NON-PARTICIPANTS

The overall attitude toward hunting and shooting is made up of both components—the attitude toward the sports themselves, and the attitudes toward their participants. Indeed, research shows that there is more support for hunting than for hunters, and a few illegal or unethical acts by just a handful of hunters can sully the name and reputation of hunters as a whole and erode support for both hunting and hunters, and the same applies to unethical conduct by shooters.