The African Buffalo (Syncerus caffer) was first described scientifically as a Boss caffer by Sparrman in 1779 and later in 1847 the genes Syncerus was created for it. The name caffer refers to the Arab word kafir and based on an Arabic term kafara, which means, ‘not to beleive‘. There are 5 sub species of African Buffalo, however, the African Savanna Buffalo of Southern and Eastern Africa has the widest distribution. 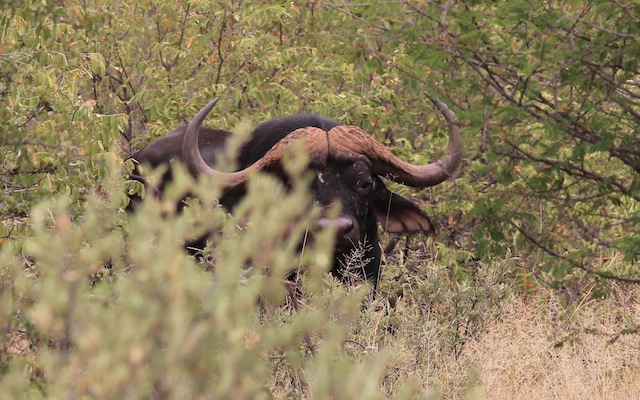 The African Buffalo (also called Cape Buffalo) in Southern Africa is considered by most to be the most dangerous of all of the Big Five. While they might seem calm and relaxed in the herd gracing away, the can quickly turn extremely aggressive when agitated or wounded. African Buffalo are found all over Southern Africa. They roam and graze in herds and can weigh up to 1800 pounds with the height of almost 1,5 meters. It is no wonder many hunters feel intimidated coming face to face with this awesome creature. A herd is usually led by a dominant bull and they prefer open savanna with tall grass, shade and water. Buffalo will avoid flood plains and trampled grasslands and are not partial to recently burned areas. When night falls they will herd up to protect the young from their enemy, the Lion.

Looking at the growing demand in top quality trophies, it is no wonder breeders are willing to pay a premium to breed top quality Buffalo ensuring top gene pools, sustainable conservation and protection of this specie. In 2009 there were over 133 000 East African Buffalo, 27 000 West African Buffalo, 60 000 Wood & Forest Buffalo and more than 680 000 Cape Buffalo. Buffalo bulls mature with Roland Ward status by the age of 8 years old.

An African Buffalo or Cape Buffalo hunting safari is the most memorable experience of a lifetime!!! Once you hunted a Buffalo you will be addicted, and, this addiction to hunt Buffalo will far exceed all other species, including Lion, Leopard and Elephant!.

Every gun maker and caliber designer in the world has one outstanding desire and that is to test his product against the big five in Africa. The African Buffalo is hunted the most of the big five and the most sought after trophy on a hunting safari. Many hunters and conservationists all loved to hunt Buffalo, and, wrote books or short stories about their Buffalo Hunting safaris and experiences they enjoyed so much.

What caliber to use?

With a well-placed shot, a rifle of .375 caliber is adequate for hunting African Buffalo, however, a shot from any of the 40 calibers will provide a much more immediate and noticeable effect. Many hunters prefer to make their first shot on an African Buffalo with a soft point for maximum force and to prevent over-penetration and the chance of wounding other members of the herd. Back-up shots are usually made with solids to take advantage of their superior penetration in the kill zone. On the first shot, once the Buffalo is wounded and its adrenalin is rushing through its veins, it can be extremely hard to take down. It has been said that if your first shot on a Buffalo is a bad shot, the next 10 rounds will only serve to annoy it. It is important to rely on the advice of your Professional Hunter, when it comes to shot placement and your selection of rifles and bullets, always trust the judgment of your Professional Hunter.

What is the cost?

Although most probably the cheapest of the Big 5 hunts, Buffalo Hunting is by no way a ‘cheap hunt’ in both sense of the words. A well deserved 10 days Buffalo Hunting Safari on a fantastic wildlife reserve, with 5 star lodge accommodation and an incredible experience of a lifetime, hunting free roaming African Buffalo will cost you in the region of US$20,000 all inclusive. You just need to get on a plane and get here, the rest we will do and arrange for you all included in your US$20,000 investment in an unbelievable Buffalo Hunting experience. 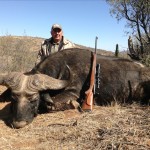 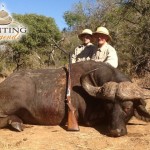 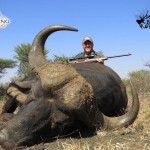 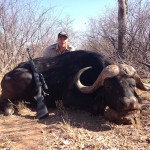 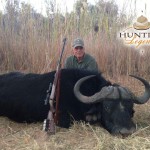 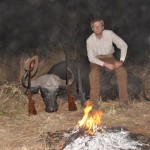 Be sure to click on the link above and request a quote on your dream African Buffalo Hunt.