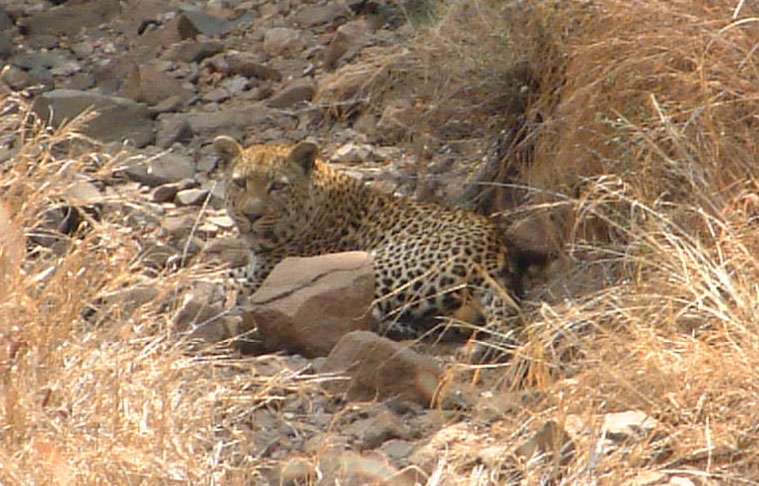 If you’re looking for that once in a life time Leopard hunt, then let Hunting Legends provide you with just that experience.

Hunting Legends has developed a reputation for putting our clients on the money with excellent quality Leopards taken every year. However, as you may know there are very limited tags (permits) issued for Leopards and it is important that you book well in advance.

For more information or a FREE NO OBLIGATION QUOTE, contact Hunting Legends today:

KINGS of African tribes wear cloaks of leopard skin as these beautiful animals are a symbol of power. It is known for its ferocity and, after the Cape Buffalo, is the second most dangerous animal in Africa.

Resources however indicate that Hippo are the biggest killers, this is however not due to their ferocity, however due to the fact that humans often end up coming between Hippos and their water pools – a recipe for disaster. Leopards however, are dangerous predators, and have the widest distribution of all wild cats and is found throughout the continent of Africa, Asia, and in the Far East.

Its name is derived from the Greek word leopardo after leo for lion and pardus for panther. TAXONOMY The leopard was first described as Felis pardus by Linneaeus in 1758. In 1930, TI Pocock renamed it Panthera pardus, distinguishing it from the non-roaring cats. It belongs to the family Felidae, order Carnivora, class Mammalia. Initially, some 27 sub species were named, of which 13 occurred in Africa. More recently, this number was reduced to eight but serious controversy led to the suggestion in 1995, of classing all African Leopards into a single subspecies Panthera pardus pardus.

DISTRIBUTION Except for the Namibian and Saharan deserts, leopards are found across the entire African continent. They have a high level of adaptability and live in a variety of habitats ranging from sea level to over 5000m. It is one of few of the larger mammal species remaining in the neighbourhood of human developments, such as the environs of Cape Town and Nairobi.

DESCRIPTION The leopard has a typical cat-like profile with a powerful, muscular body, relatively short legs and a very long tail. The pelageis covered with a series of black rosette spots. The background colour, which is a light tan to golden yellow, varies depending on the habitat, which has led to considerable taxonomic confusion and debate. Individuals can be identified by the pattern of the rosettes, especially those around the neck. Adult males have a mean live body mass of 135 pounds and females around 70 pounds.

We have however seen much larger animals than this hunted over the past few years, only recently one of our clients shot a leopard male in excess of 200 pounds. Here is an example of a big cat shot with us recently during the 2008 Namibia Hunting season: 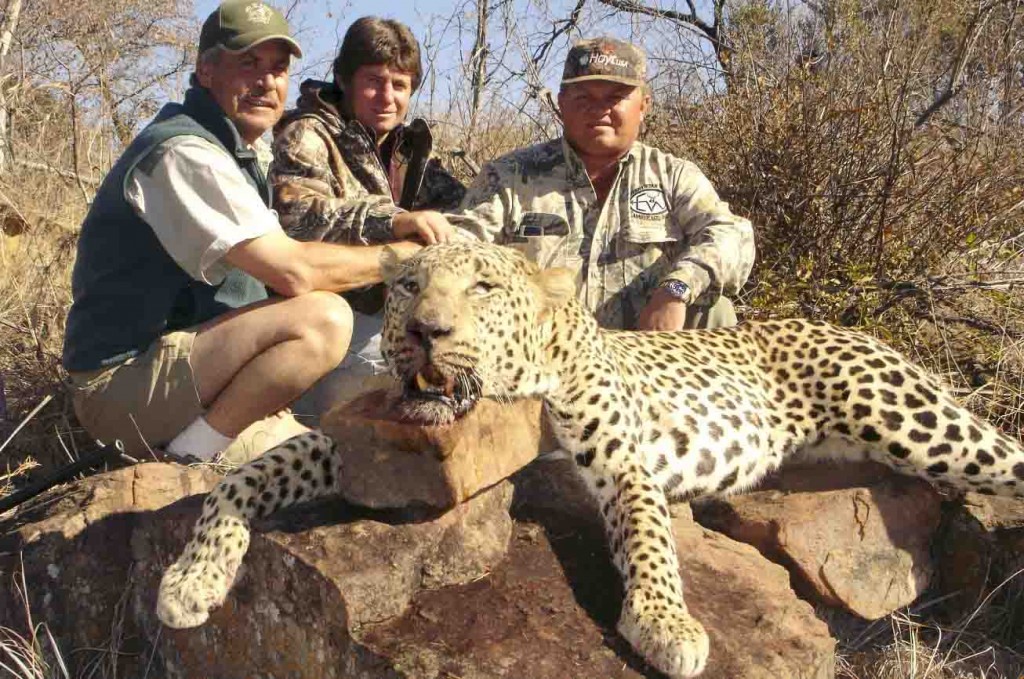 The mean shoulder height of males is 27.6 inches and of females 23.6 inches. A male can reach a total body length, from the nostril to the tip of the tail, of 115 inches and bigger. They have five toes on the front paw, of which only four are printed in the spoor, and four toes on the hind paw. Both prints lack claw marks as the powerful claws retract fully into the nail beds. Claws are 1.2 inches long. Trophies are measured by combining the maximum width of the skull and the maximum length.

HABITAT REQUIREMENT Habitats are almost unlimited, ranging from wet tropical forest to bushveld, thickets, savanna, grassland, highveld, marshland, fynbos, Karoo shrub land and semi-arid deserts. Leopards are found in areas as diverse as plains and beaches, and on mountains as high as the snowline. The only habitat totally avoided is the Namibian and Sahara deserts. The suitability of of a habitat is determined by the availability and abundance of prey and the accessibility of terrain for stalking. Tall grass, bushes and rocks provide camouflage for successful kills. Leopards tend to favour rocky areas and hills, kloofs and riverine areas. They occur at an annual rainfall of between 4 inches and 80 inches, are dependent of surface water and can survive in semi-arid environments, such as the Kalahari.

BEHAVIOUR Leopards are primarily nocturnal and kill mostly at night; they hunt alone. When stalking, a leopard crawls up to the prey to a distance of between 13 and 23 feet. It then leaps forward onto the animal with lightening speed, aiming for the neck but usually landing on the shoulders. The momentum of the leap mostly knocks the prey off its feet and the cat rolls over it and attempts to rip out its throat. Smaller antelope are often killed by biting through the back of the skull. Leopards do not chase prey and only 20% of stalking attempts are successful.

Once killed, the carcass is protected from scavengers by dragging it into thicket, or by hoisting it into a tree; a carcass up to twice the leopards mass can be lifted with ease. It will return repeatedly, for up to six days, to feed on the hidden carcass. Hunting success relies mainly on an extremely well-developed sense of sight and hearing while scent is of little importance. During hot daylight hours leopards rest in dense cover, between rocks, in caves, old burrows or high up on the branch of a tree. In early mornings they tend to lie and view their surroundings from sunny spots on rocks or river banks.

They are excellent swimmers and do not hesitate to enter water. One leopard was seen crossing 900 yards of open water between islands on Lake Kariba. In bushveld terrain, leopards rarely move more than 4 miles per night. Stander measured an average daily travelling distance of 7 miles in the dry savannah of Namibia. Up to 18 miles have been recorded in the Kalahari. Movement is not continuous but consists of a series of short distances of up to 250 yards. Leopards are vicious when aggravated, short tempered and constantly ready for a fight. Attempts to follow a leopard on foot are very dangerous and the uttermost caution is essential. Once the cat realises a human is in pursuit, it often circles back on its tracks, selects an ambush site and waits for the intruder, who is met by a sudden, fierce attack. When stumbling across a leopard unexpectedly, eye to eye contact and sudden movement should be avoided as these trigger an immediate attack.

FEEDING AND NUTRITION Leopards are opportunistic and will eat any available food source. The natural diet depends largely on the composition of the natural prey in the area. In some areas hyrax and rodents, such as mice and porcupines, are readily hunted. The size of prey varies from a mouse to an adult gemsbuck. Studies indicated that Impala represented 78% of leopards diets in the Kruger National Park. Leopards do not fear humans and have been reported to become man eaters, a phenomenon especially common in India.

We will continue our report on leopards in a next post, so keep watching our blog. In the mean time, how about coming on a great leopard hunt with us in Namibia – the world of leopards! 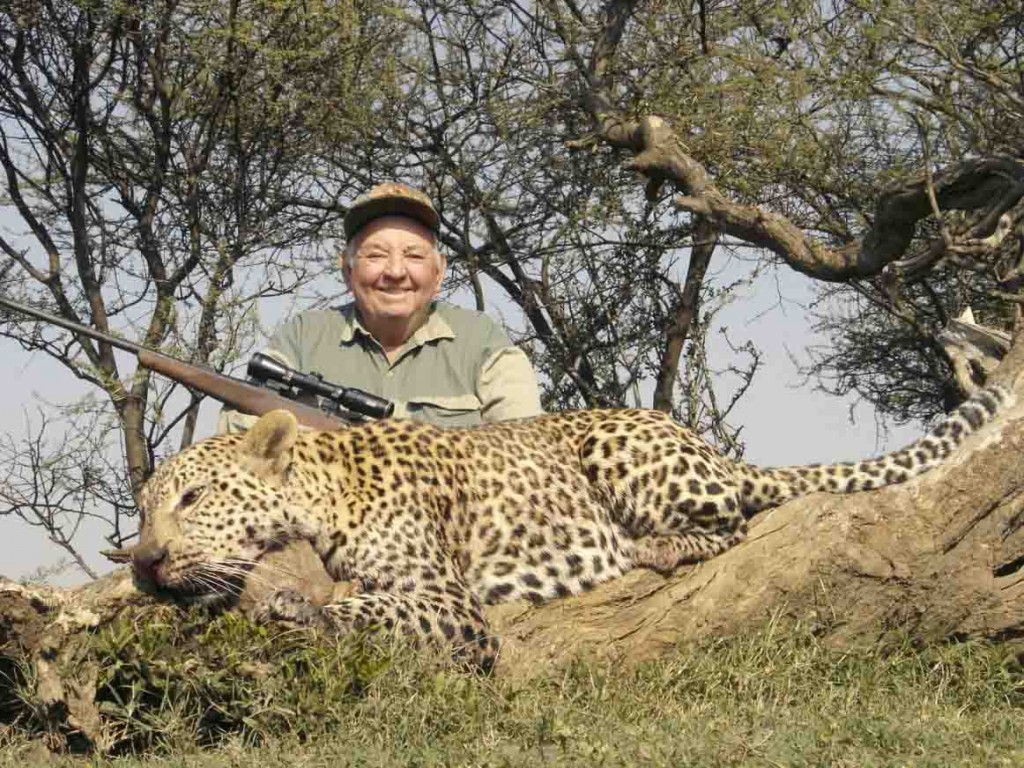 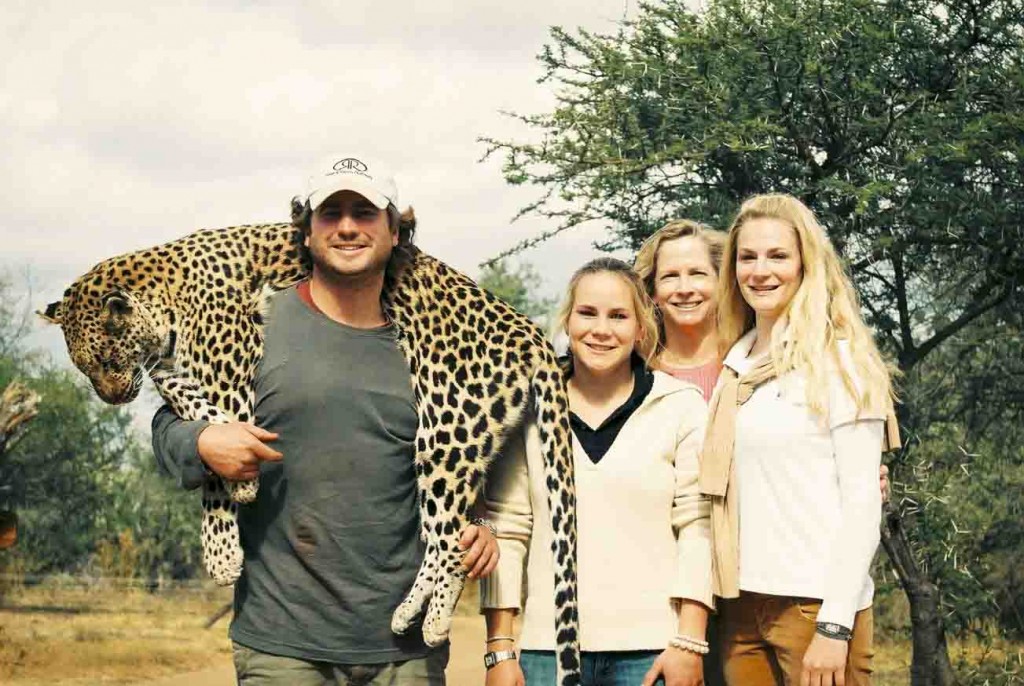 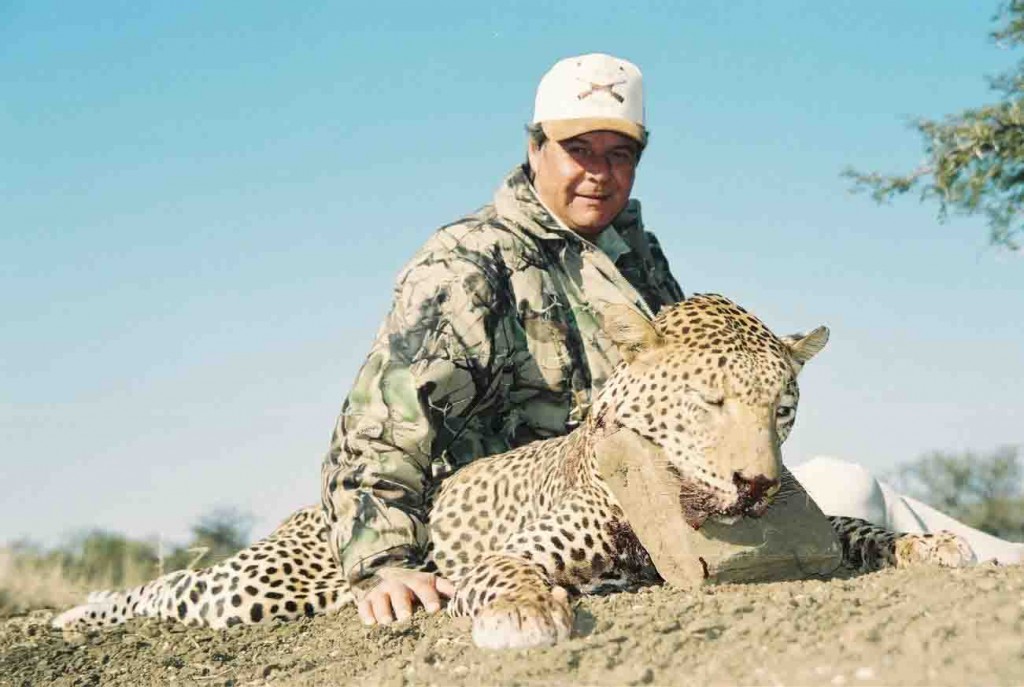 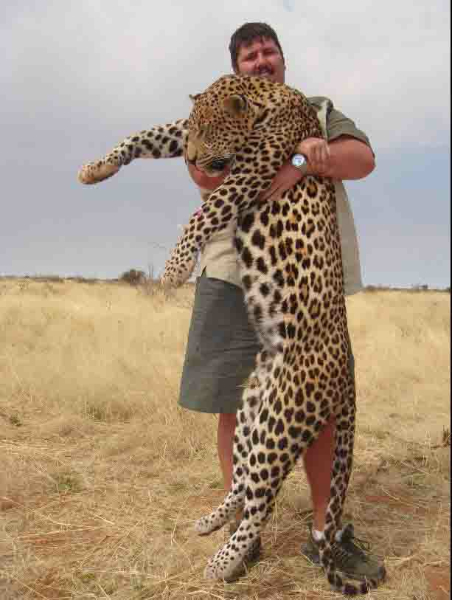