A four – bore in action

A four-bore in action by African Outfitter

Most contemporary hunters are well acquainted with the exploits of old-time hunters like Sir Samuel Baker and Frederik Selous out in the African bush more than a hundred years ago. Both these early explorers and hunters extensively used the four-bore black-powder guns whilst hunting.

From the writings of these gentlemen one fact stands out quite clearly, namely that the firing of a four-bore rifle never ceased to be a most memorable occasion.

On one occasion, he did have a missed fire, due to the percussion cap not igniting properly. Handing the gun back to his native gunbearer, the gunbearer loaded it again, thinking it had been fired.

Upon pulling the trigger the gun’s recoil was so fierce that Selous was lifted off the ground and thrown aside. The gun was flung clean over his shoulder with the stock shattered to pieces, although the barrel miraculously did not burst. Selous, however, had a deep gash under the right cheekbone, and was covered in blood.

Selous survived this ordeal no doubt because of his determination to continue hunting and also being extremely fit with a great indifference to pain (Frederick C Selous, A Hunting Legend, page 116).

My good friend, Guy Rowe, from Tanzania visited me during December 2007. It turned out that he hunted with an American client who had a double four-bore rifle built especially for his African hunt.

This specific rifle weighs 24 pounds and is carried out into the veldt with a special leather-designed sling attachment.

The hunter, Tom Ordes, uses custom-made cases loaded with specially prepared bullets weighing 2 000 grains and according to Guy, the muzzle velocity is 1 350 feet per second.

Tom used this beautifully made four-bore double on an old buffalo bull. The buffalo was blind in his right eye and proved to be a tough customer. The first shot was well placed, although it did not put the buffalo down. The buffalo bull wasn’t going anywhere after the shot and succumbed to a second shot. The beauty of this Morseth-built double is obvious from the pictures, and according to Guy it does lend splendour to the hunting experience. And yes, it is infinitely easier to fire the gun from shooting sticks.

If you would like to hunt Africa, click on the following link and allow us the opportunity to provide you with a FREE QUOTE 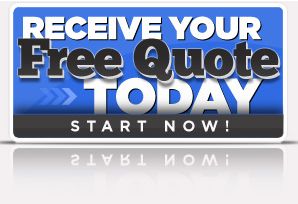